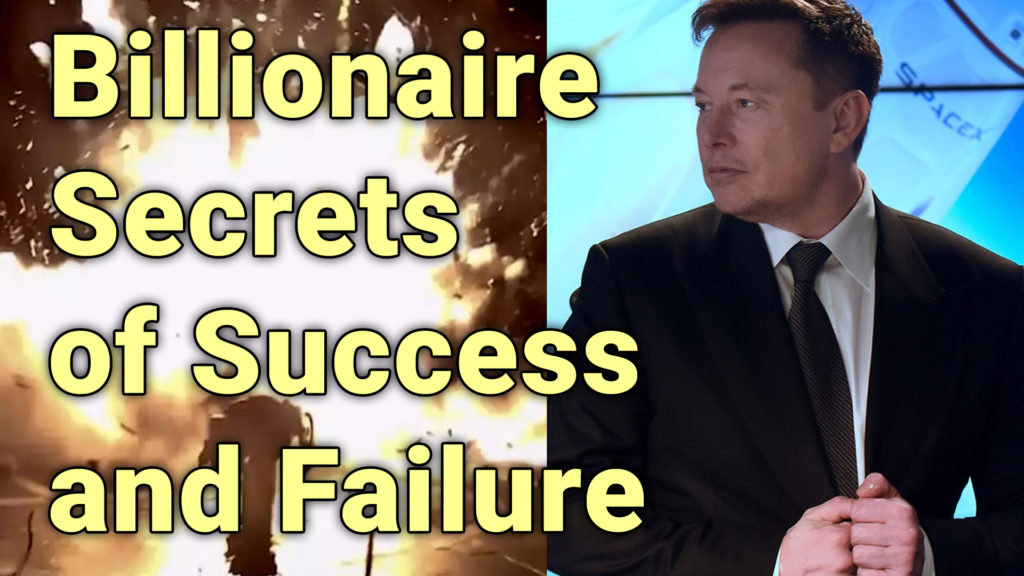 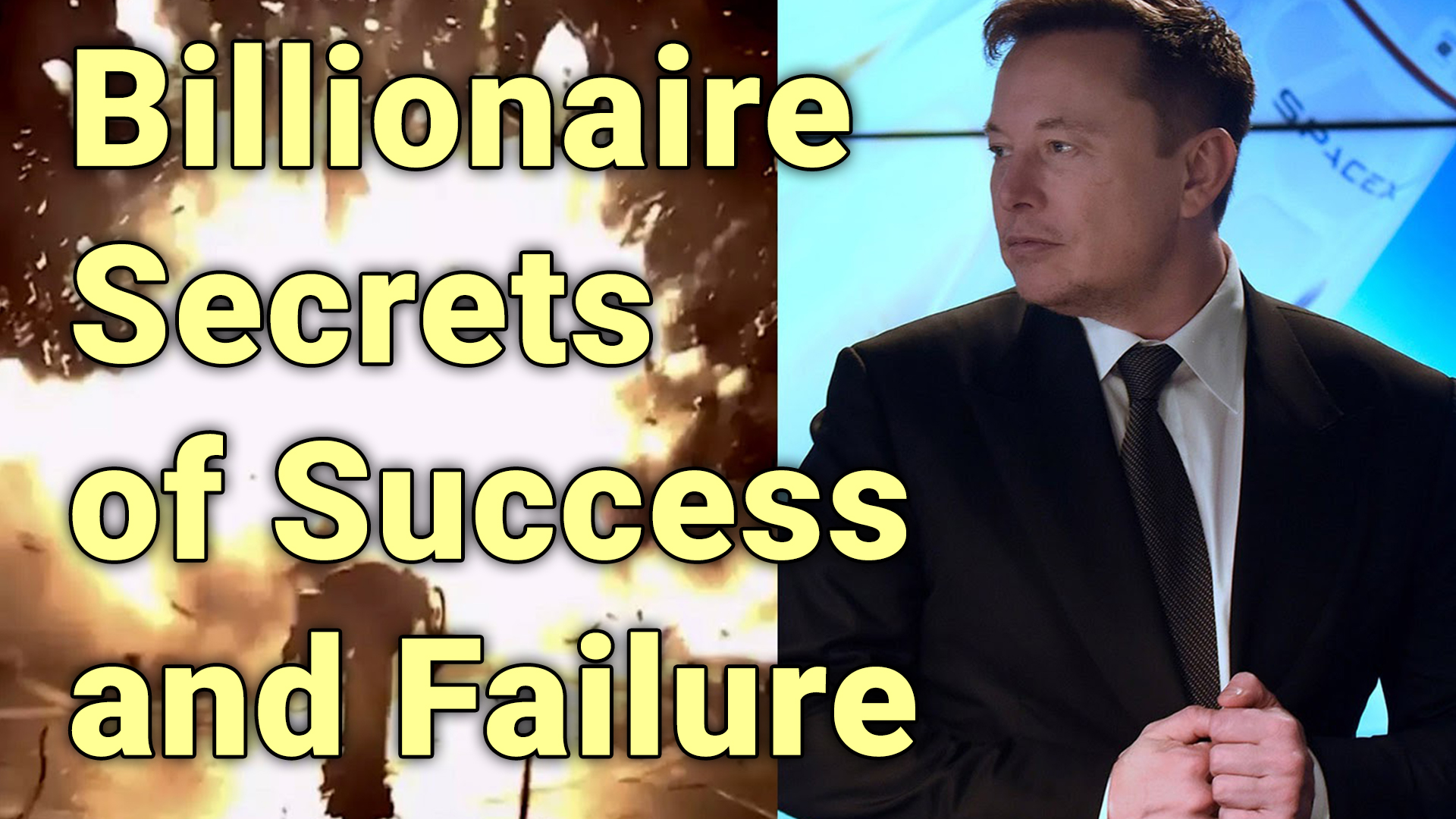 Instead of buying an island somewhere and retiring, he decided to start two businesses with almost no chance of succeeding: Tesla, a luxury electric car company, and SpaceX, a rocket ship company.

Elon’s friends begged him not to do it.

They sent him videos of NASA rockets exploding on the launchpad, trying to scare him out of wasting his money.

Elon didn’t listen, but soon after, he probably wished he had. Almost immediately, there were massive problems.

The Result Of Taking BIG Risks

Tesla created an entire fleet of cars with so many technical problems they all had to be junked. SpaceX rockets, just like the NASA videos, were exploding one after the other just moments after takeoff.

How is it that Elon Musk’s name is not the ultimate cautionary tale when it comes to taking risks?

How come we don’t say things like, “Be careful with your money. You don’t want to end up like Elon Musk.”?

In a 60 Minutes interview, Scott Pelley put that very question to Elon.

With both companies now doing well, Pelley asked Elon, when he started, how he had planned to be successful at these ever-so risky ventures.

And what a great question.

Certainly, Elon was about to spill the secret for turning gigantic failure into a massive success.

But instead, Elon’s answer shocked Pelley. He said, “I didn’t think we would be successful. I thought we would most likely fail.”

Pelley, trying to wrap his brain around this crazy answer, fired back at Elon, “Then why would you try something if you thought you were going fail?”

Then and only then did Elon give the magic. He said, “If something’s important enough to you, then you should try doing it. Even if the probable outcome is a failure.”

Now on the outside, that sounds idiotic.

Would you ever invest ALL  your money into something that you thought would probably fail? Probably not, no matter how much you believed it to be important.

SpaceX and Tesla seem to be total flukes. Apart from Elon, I think you’ll agree that no one else in human history has used this strange and unconventional methodology as a pathway to success.

Except the truth is that there have been. And lots and lots of them.

Consider the people who have made huge impacts on the world like Dr. King, Mother Teresa, Neil Armstrong, Richard Branson, Mister Rogers, and scores of others.

They all followed the very same Secret Formula for Greatness. Let’s take a look at how this played out for them:

The Well-Trodden Path To Success

It isn’t just the well-known greats of our world who have taken this circuitous path.

Look back on the path of any great achiever, and you will find they all went through the same three-step process.

Musk himself was nearly at his breaking point with warehouses of failed cars and launchpads of exploding rockets.

In fact, he kept failing and failing until his very last rocket worked. Yes, the LAST rocket!

Fortunately, that last one flew perfectly. NASA awarded Elon a 1.5 billion dollar contract. Seeing this, his Tesla investors ponied up the additional money he needed to keep that company afloat as well.

Some might call that luck. But, in truth, luck only happens when all the key elements are brought together.

For you, the good news is that you don’t have to invest millions of dollars to experience the triumphs of Elon and all the other great people of history.

All it takes is vision, determination, and courage brought together in equal measures.

The Secret Formula For Greatness

Successful people are not in it just to be successful. They actually want the same things you do; a life of happiness, purpose, and fulfillment.

When you follow the Secret Formula for Greatness, you will be amazed at what you (yes, YOU) can create as well!

What Else Can You Do To Achieve UNLIMITED Success?

PrevPrevious Post5 Steps to Beating Procrastination EVERY Time!
Next PostA Simple Blueprint for Ultimate Success in Life and BusinessNext