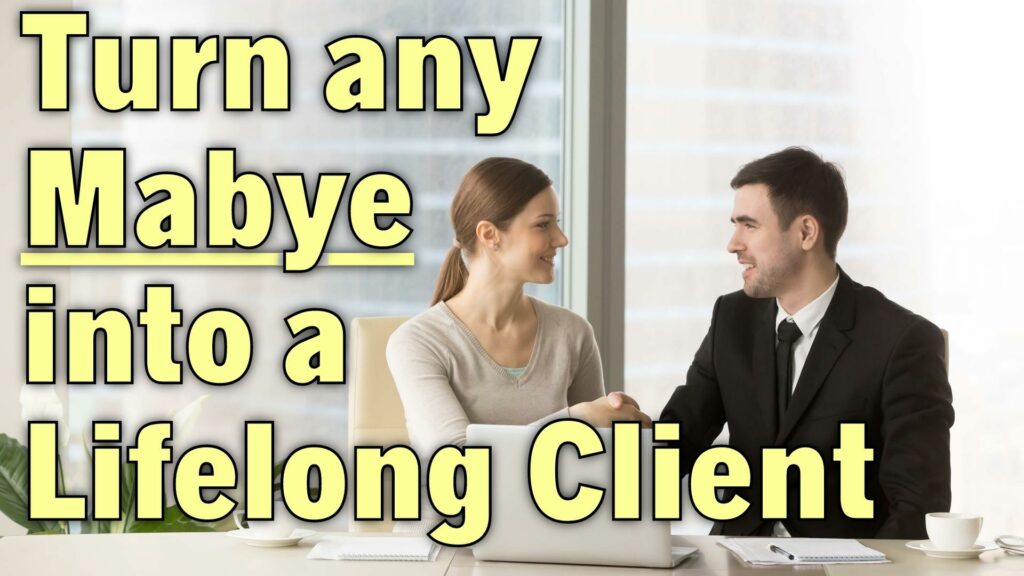 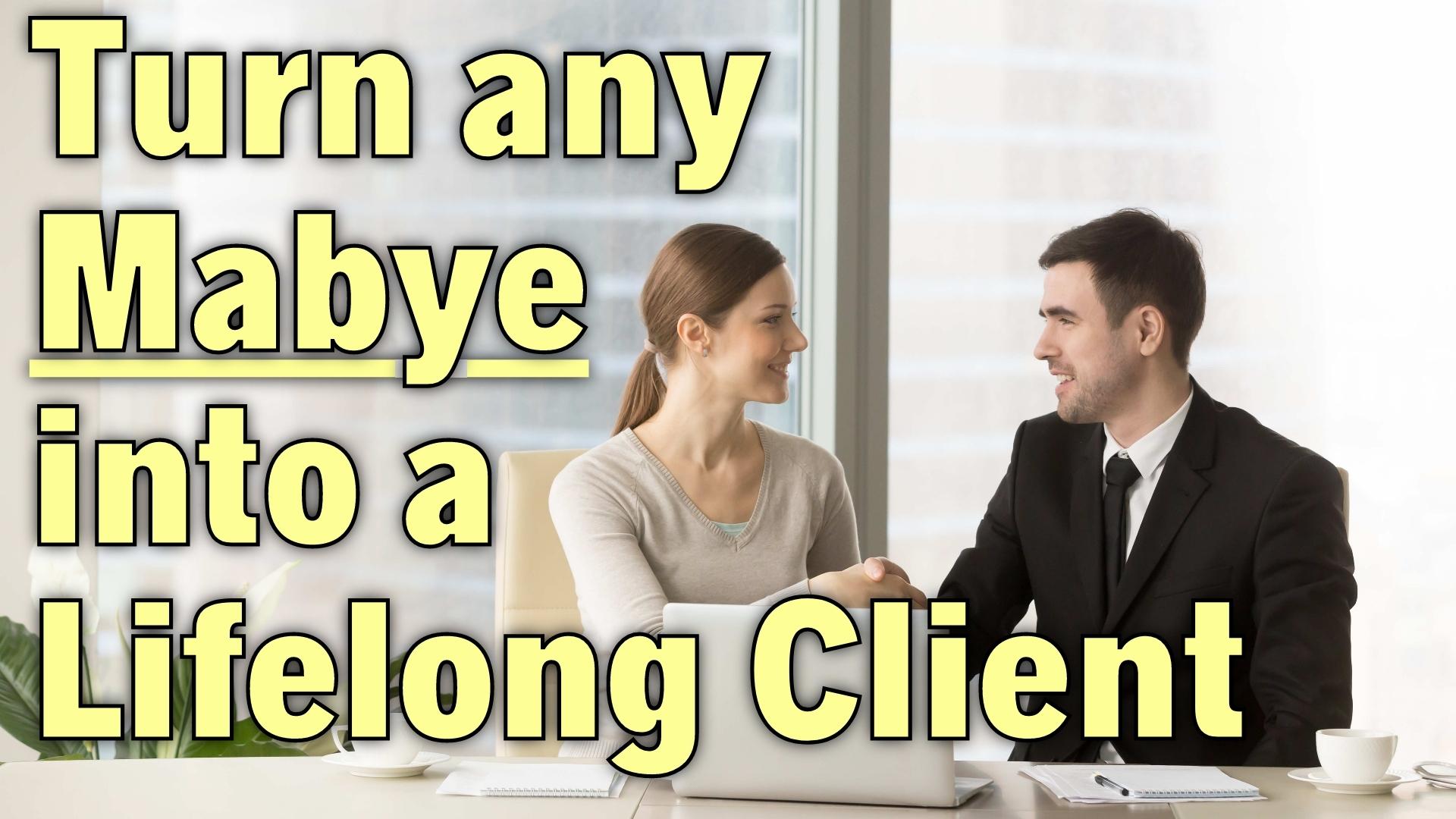 What would it feel like to turn almost EVERY one of your prospects into clients who LOVE what you do and are excited to pay full price?

It’s not at all impossible. In fact, it’s much easier than you think!

Once you apply just a few simple tweaks, you will find that your prospects are eager to become clients.

The Perfect Strategy: Always Agree With Your Prospects.

No matter what your prospects say that is wrong, you always start with letting them be right.

By letting your customers feel right, you put them at ease. They become more open to hearing you out. Hence, it would be best to begin every conversation by agreeing to whatever they say. But that doesn’t mean you allow them to be right about everything.

There is a certain psychology to all of this called positive reinforcement. In short, when you agree with your prospects, they are more likely to agree with you as well.

When your prospect attempts to create an argument with you, the best strategy is to acknowledge their feelings but then redirect the conversation. To do this effectively, you need to understand the hidden truth behind their argument.

While you may get a prospect to admit that they are wrong, they will leave the meeting feeling defeated by you. You will likely never see them again. Always remember that winning an argument is a guaranteed way to lose a potential paying customer.

We make our decisions emotionally. So bombarding your prospects with cold hard facts won’t win them over. Instead, climb into their head and address the real issue. If you reassure your prospects, they won’t even notice you didn’t respond to their arguments.

Recently, a photographer client of mine was working to close a new portrait customer. The customer said, “My iPhone can take pictures just as good as your camera. Why should I pay you?”

It’s highly doubtful that the customer with the iPhone actually believed it took better pictures than my client’s camera, nor did they probably care.

By trying to prove his customer wrong, the photographer only infuriated them! Instead, had he recognized that conversation was about money and not camera quality, he could have easily closed the deal. Acknowledging your customer’s genuine concern will always win them over.

A great response would have been, “I get it. These portraits cost a lot of money. I know that it’s a big commitment. That’s why I’ll keep working with you until you’re 100% satisfied. In my 25 years as a photographer, not one person has ever walked away unhappy. I know you’re going to be overjoyed with your portrait.”

If You’re Ready to Turn Your Prospects into Lifelong Clients…

I am Coach Dan Gordon. I’ve helped hundreds of people “listen their way” to being more effective at sales. So, if you want your prospects to fall in love with you and close more deals more easily, book a quick, no-cost, no-catch consultation with me.

I can also help you harness your inner Success Superhero with my FREE  audiobook, Success Mindset. Stream it HERE.