5 Steps to Beating Procrastination EVERY Time! 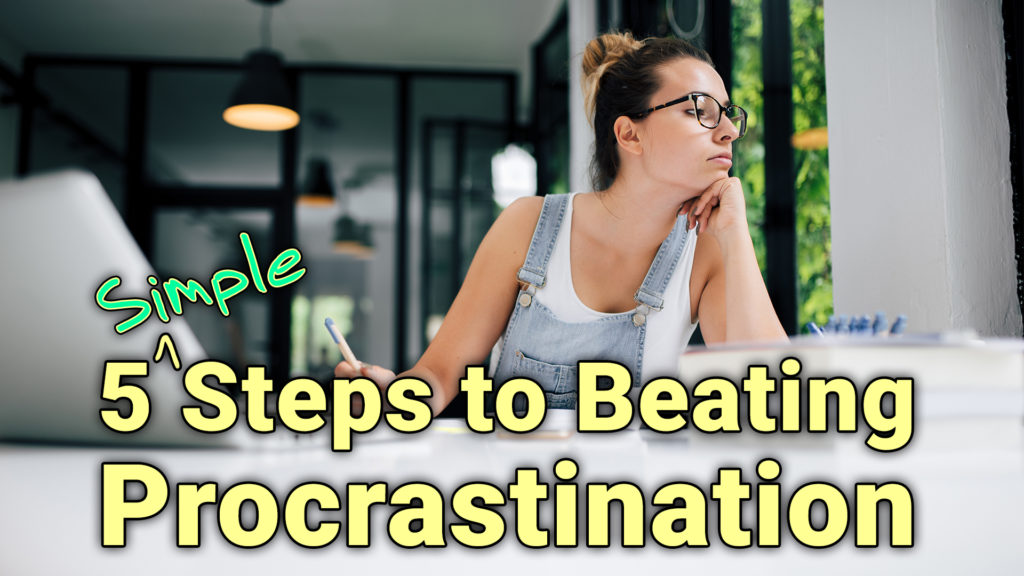 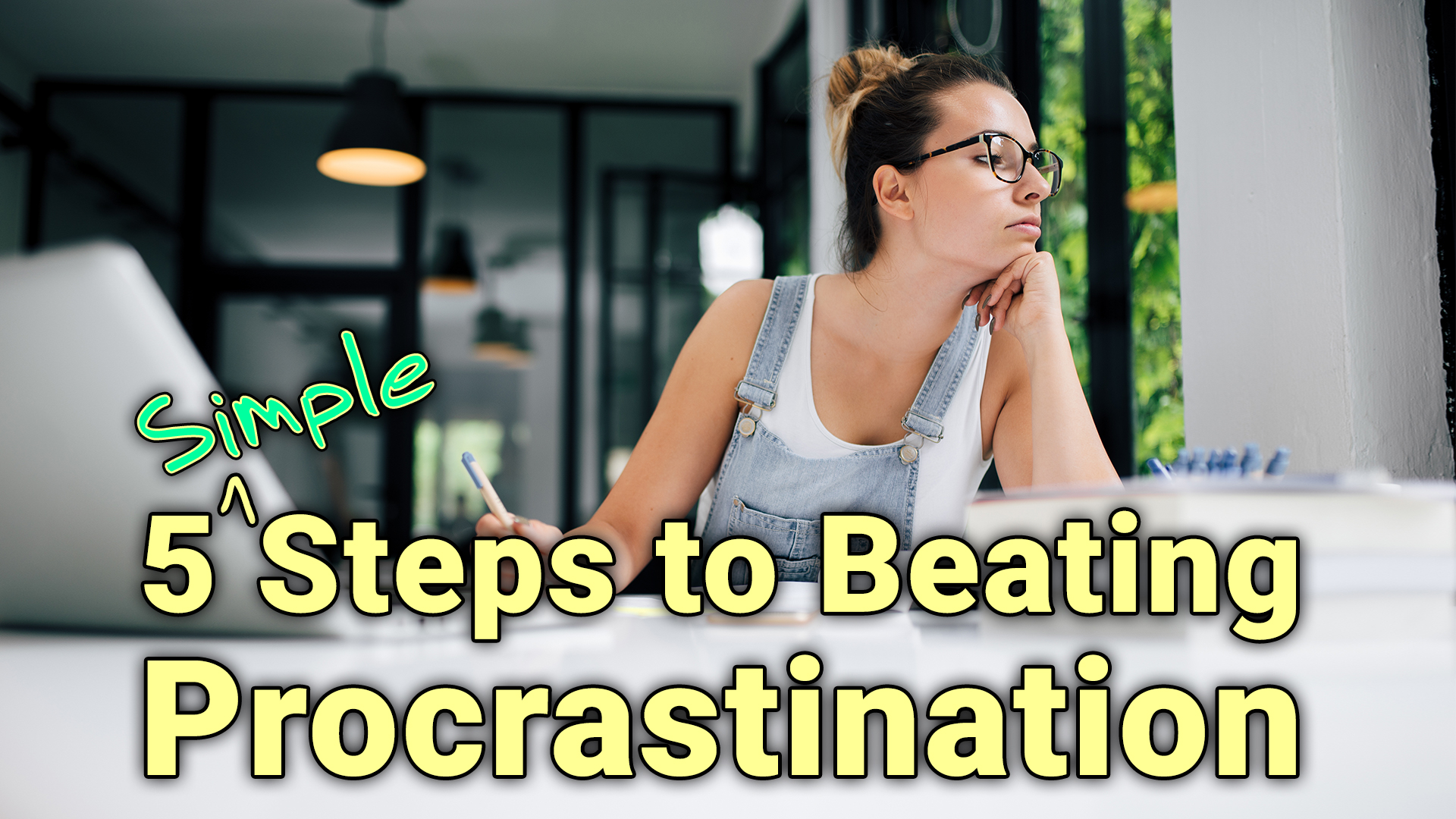 5 Steps to Beating Procrastination EVERY Time!

Why do you procrastinate?

It feels good to trick yourself into a false sense of security that you have an infinite about of time to reach your goals.

Let’s do a little experiment right now, okay? Think of a big task that you’d like to accomplish, but it feels so daunting or unfamiliar you really don’t want to begin.

But now, you have to start on it IMMEDIATELY. Ready? Go!

Now let’s see what happens when you add a touch of procrastination to the equation. Instantly, you feel a sense of ease. The pain goes away, and it feels like you can breathe.

Putting It Off Until… NEVER

Let’s take that a step further.

Let’s say you NEVER have to work on it. In fact, now I’m taking it away from you and never allowing you to work in it.

Suddenly that good feeling doesn’t feel good, does it?

It was okay to put it off temporarily. It felt good to put off starting your business, quitting your job, losing weight, or breaking up with that jerk for at least a little while. But never? No, that’s not okay.

Living In A Fantasy World

You would think that freedom for all your responsibilities would feel good, but it doesn’t.

Strange how the pain of NEVER being able to do what you want to do actually feels a little worse than not the pain of having to do it NOW.

Why is that? It’s a little trick that happens inside your brain.

You create a fantasy world where you see yourself in the future. All your complex tasks are now completed, but somehow they happened without you doing the work.

You magically transport yourself into a world where you are a successful business owner who is rich, thin, and no longer dating that jerk.

This is the fantasy we create. We hold it just one step outside of our willingness to begin.

Like a child staring at a snow globe, it’s a land we dream of inhabiting but have zero strategies to get there.

We keep it just close enough to remind ourselves of where we want to be.

Yet, at the same time, we keep it just far away enough so we can avoid judging ourselves as lazy failures for not doing the work to make it happen.

Don’t Wait Till the Pain is Excruciating!

You have experienced this many times before

You say, “That’s it! I’ve had enough of this job, this extra weight, this lack of income, or this jerk. I’m starting NOW!”

You stop procrastinating and begin.

What’s the keyword there? Pain!

But let’s say instead, you could turn all that fear and all that pain into a giant ball of joy and excitement.

Don’t you think that would be an infinitely better strategy for success?

To do this, you’re going to use a tool you are already an expert at. What is it?

You can use that same thinking that you use to put things off and instead make it work for you to start tackling your dreams TODAY!

If it feels good to put things off, maybe it can feel even better to take action NOW.

Retain your brain. Tell yourself over and over again– “Completed tasks are BORING.”

Soon you’ll recognize that getting started on those big uncomfortable tasks isn’t as daunting as you thought.

Everything is more complicated in your mind and easier in real life.

I can teach you an entire skill set for leveraging your procrastination to make it work for you instead of constantly working against you. Interested? Great!

Conquering Your Procrastination And Getting Things Done TODAY!

Before we get you there, let’s review a few truths about procrastination and why we do it:


If this has been helpful, you can download this and all my tools for success by just texting the word SUCCESS to my personal cell phone 213-409-8366.

PrevPrevious PostGREETINGS! I Have Come from YOUR FUTURE with Some VERY Good News for YOU!
Next PostBillionaire Secrets of Success and FailureNext