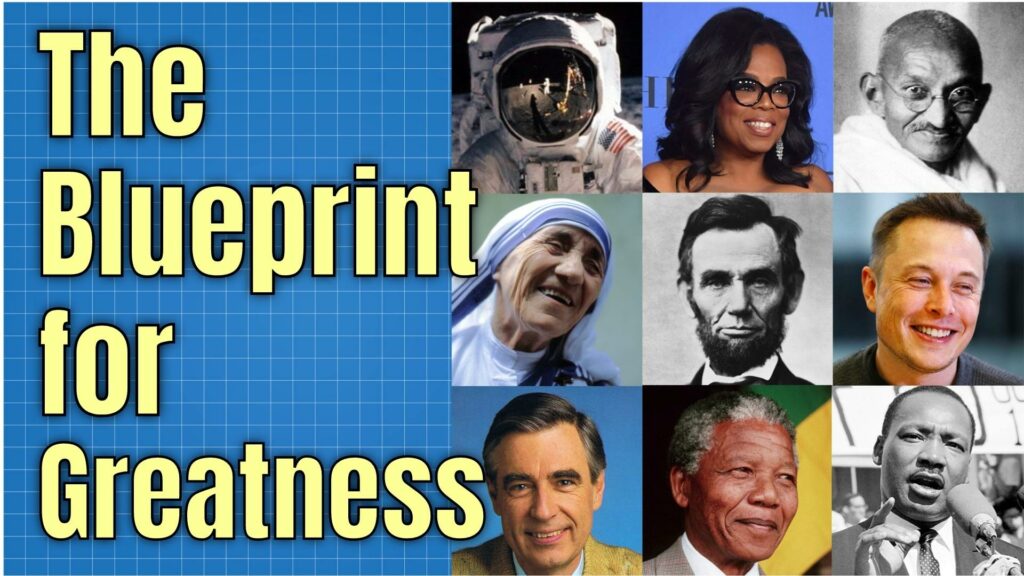 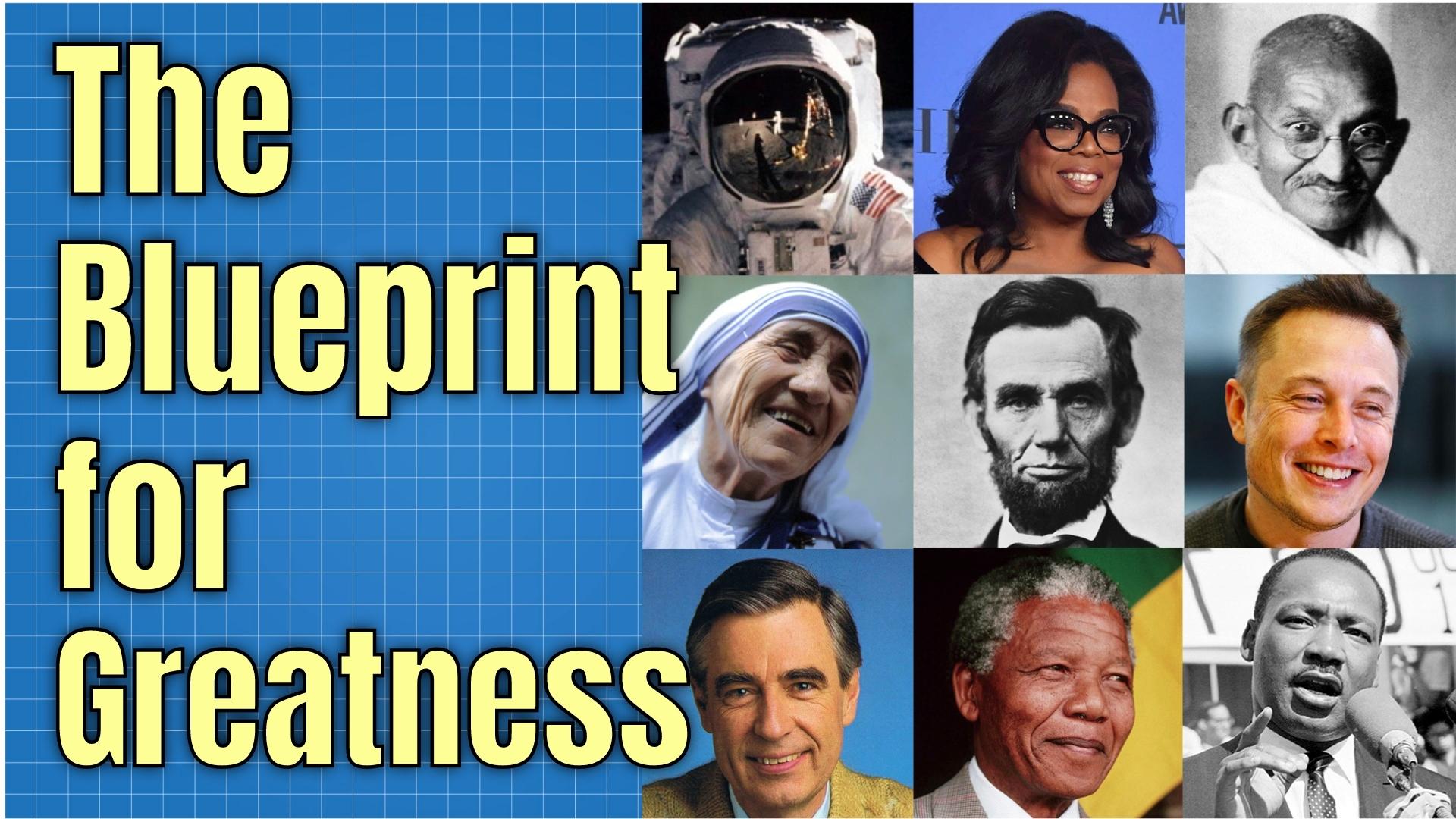 Having studied successful people all my life, I have come to discover that there are six essential traits that all great people possess.

Those like Lao Tzu, Martin Luther King, Elon Musk, Gandhi, The Wright Brothers, Mother Teresa, and many others have these six characteristics.

I refer to these as The Blueprint for Greatness.

To accomplish great things, you will want to incorporate all six qualities into your life.

Great people are more COMMITTED than anyone else.

Hard work and determination are the first steps to doing anything extraordinary. However, if that were all it took to do amazing things, we’d see many more great people worldwide.

For example, Martin Luther King gained national status as a civil rights leader not simply because of his hard work.

He constantly displayed a commitment to his cause that no one else could match. This is a big part of my second point in the Greatness Blueprint.

When Elon Musk started SpaceX and Tesla, he didn’t just run around looking for investors. He used the entire $180 million he made off PayPal.

Mother Teresa didn’t urge people to feed the starving while sitting in a church office. She went to Calcutta and lived in the same squalor they did.

Those who take on monumental challenges live on the skinny limb of life. They take giant leaps of faith. They are the first to suffer the cuts and bruises of their commitment. In doing so, they set a high standard for others to follow and make similar sacrifices.

Great people enroll others into doing things that they usually would never do. Their followers work long hours for no pay. Take the back seat and give their leader the glory. They put themselves in dangerous situations, sometimes even dying for their ideals.

It sounds like a cult, and often that’s partially true. Consider the parents of Gandhi’s young followers. Would they consider him a great man while visiting their kids in the hospital or jail?

Great people make these bold requests because they are committed to a higher vision for the world. In contrast, cult leaders are only in it for themselves.

Great people cannot be budged on their beliefs. They hold their followers to a higher standard and often ask for huge sacrifices to move their vision forward.

As a result, they often come off as abrasive, which is another point of the Greatness Blueprint.

Consider the qualities of a jerk. They think they deserve everything they want. They never compromise. They believe they are always right and aren’t interested in your opinion.

Now consider what great people have to deal with every day. They face insurmountable odds in achieving their objectives.

They get a barrage of unsolicited advice. They are criticized for their methods. Other people are constantly trying to water their ideals for selfish purposes.

Therefore, great people must hold steadfast to their ideals. They must be unbending, uncompromising, and believe they deserve everything they want.

They aren’t afraid of being labeled as jerks because those qualities are required to achieve their vision.

Great people and crazy people have a LOT in common.

They are equally considered crazy for investing their time, money, and effort in such a foolish endeavor.

The only way you know if you’re doing something crazy and great is your outcome. Had the Wrights failed today, we might be saying, “Don’t try that crazy idea. You might end up like the Wright Brothers.”

Great people suffer the harsh judgments of others. They have little possibility for success.

They follow the path of insanity because that’s what it takes to create world-changing outcomes. Bottom line, if other people’s opinions are important in your life, then living in greatness is NOT for you.

Imagine you’re Steven Spielberg at 19 years old, dreaming of being a great director. Imagine all your fears and doubts about that dream coming true.

Would you have the courage to roll the dice on such an unlikely future? Unfortunately, most people give up on their dreams before even attempting them.

So how did Spielberg, Coppola, Lucas, and other great directors push forward when so many others did not?

Strangely, it has little to do with determination or courage. It’s that they allowed themselves to feel afraid.

Naturally, they felt doubt and uncertainty about their success, yet, rather than running away from those feelings, they embraced them. They allowed fear and uncertainty to be their traveling companions on the road to success.

Most people would say that a sick feeling in their stomach was their gut telling them to quit. Instead, great people use that same feeling as proof that they’re on the right path.

Making friends with fear and overwhelming self-doubt is required to do extraordinary things.

It’s not an easy road. That’s why so few follow it.

Yet, if you are willing to slog through the minefield of uncertainty and follow The Blueprint of Greatness, your name may go down in history.

You may be in league with players like Nelson Mandela, Muhammad Ali, Albert Einstein, Picasso, Rosa Parks, Neil Armstrong, Amelia Earhart, Babe Ruth, Billie Holiday, and so many others.

If you want to start on your Blueprint for Greatness, let me help! CLICK HERE to book a no-catch, no-cost, 15-minute consultation. Let me show you how easy it can be to begin.

You can also listen to my free audiobook Success Mindset to access your inner superhero: Stream it HERE.