Why Successful People DON’T Believe Anything They Believe 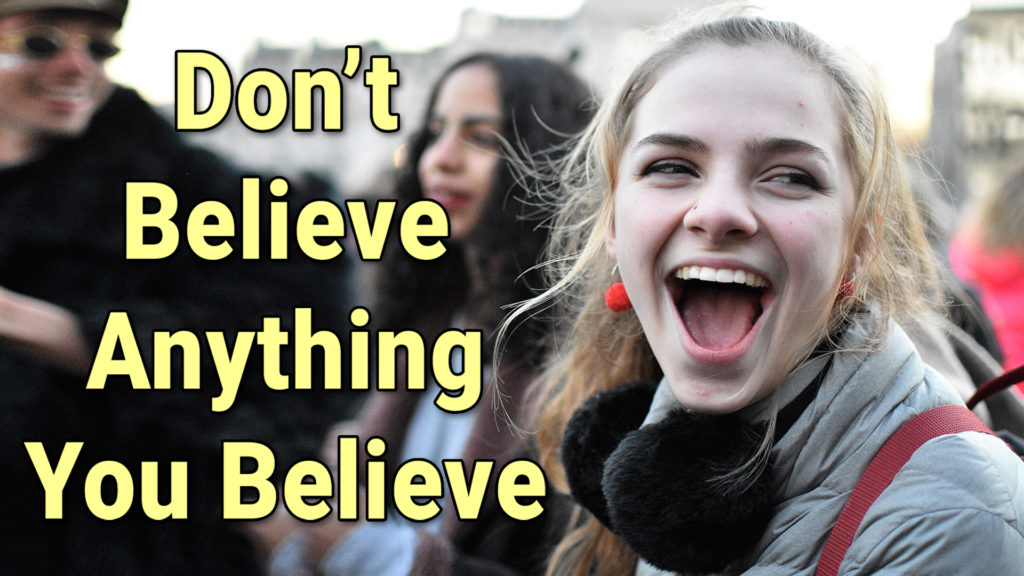 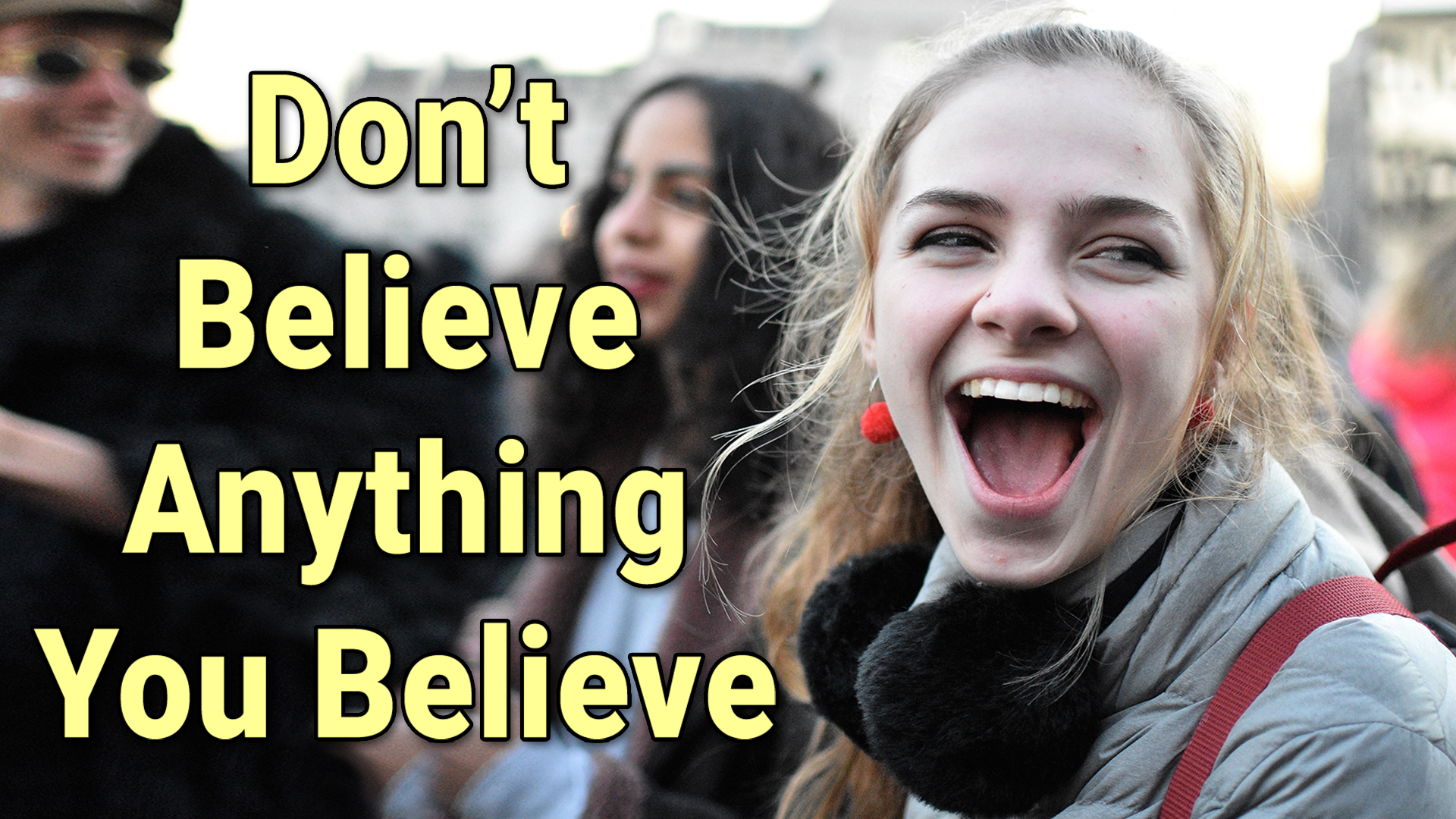 Why Successful People DON’T Believe Anything They Believe

Don’t believe anything that you believe. I know that sounds a little crazy but here’s why that is true.

In 2014 I had a marketing company that failed and when it failed, I lost $70,000. Not only that but I was $30,000 in debt. I thought my life was over. I got severely depressed. Put on a bunch of weight. I started wondering, what the hell I was going to do with my life.

So I thought, do I want to try to put Humpty Dumpty back together again and make another go of my marketing business? No! I’m really good at marketing, but I hated it. (Which is probably why the business fell apart anyway.)

But I was so determined to be successful at this that eight months later, nearly to the day my business collapsed, I walked out on stage in Dallas, Texas, in front of fifteen hundred people for my very first speaking gig where I was being paid $10,000 for a one-hour presentation.

I won’t go into everything that happened in those eight months, but I can tell you it was some of the most grueling and painful experiences of my life. I had to shatter my own illusions about what I believed I was capable of achieving. And faced with overwhelming evidence that I was a complete failure, I worked my ass off to keep my mind focused on being successful.

That’s why you don’t want to believe what you believe. Most of your beliefs are bullshit. Your beliefs were formed at a very early age and you followed them like a roadmap to where you are right now today.

What Do YOU Believe?

So if you are overworked, not making enough money, lonely, or you want to start your own business, but you think you can’t, it means that you have created a false reality for yourself. But you don’t have to keep living there!

I’m living proof that you can do whatever you want if you have the courage to take action and stay committed to your vision. And yes, it takes a hell of a lot of courage. My life is completely different today because I was willing to step into doing something that seemed absolutely crazy and had no chance of ever working.

Like the Wright Brothers in their bicycle shop deciding they were going to build an airplane. Like Steve Jobs in his garage deciding he was going to pioneer the computer industry. And, like Dr. King in his church in Alabama deciding he was going to transform civil rights in America. We all had to shatter our own illusions of what’s possible and shatter them over and over and over again.

Today, as I step into being a greater voice of change in the world. Continued to shatter my own illusions of what I am capable of achieving on a daily basis.

I am so joyful that I get to make a living helping my clients triple their income, having more free time with their family, and genuinely engaging in the love of life.

I suggest you start right now, today, shatter your illusions. Don’t believe what you believe. Whatever it is that you want to do, start now.

What I’m saying isn’t revolutionary. There are a million Facebook posts and refrigerator magnets telling you to follow your dreams. To do what you love, and the money will follow. That’s all true, but the reason no one does it – is because it’s scary as hell.

Never Ever Trust Your Feelings

Your feelings will tell you to keep working that job you hate or keep waiting to launch your business. They will tell you not to ask for the raise or not to ask out the hottie at the coffee shop because you’re afraid of getting rejected.

That’s the ego part of your mind that’s trying to protect you from getting hurt. It always tells you to do whatever is safe. Well, I say fuck safety!

The Wright Brothers, Steve Jobs, and Dr. King were not safe. Neither was I. You have to keep pushing back at your own beliefs, your own sense of safety if you want to live an extraordinary life like the one I’m living.

I’m not saying this is easy. But I am saying it’s doable. For me, my clients, and all the bold entrepreneurs I’m speaking to right now, who have stood in the fire, we are living our lives that way. And it is awesome. It is a sense of freedom and power like you’ve never experienced.

Shatter your illusions. Stand in the fire. Become the greater version of yourself.

You may not end up being another Steve Jobs, Dr. King, Elon Musk, or Mother Theresia, but then again– you might. Great people weren’t born great. They earned their greatness by following this path. And so can you.

Know this one truth: The more afraid you are at the beginning of any journey, the greater the rewards you’ll get when you arrive.

Also see: The Three BIG Reasons NOT to Set Goals