The 3 Steps to Outsmart Rude and Offensive People. 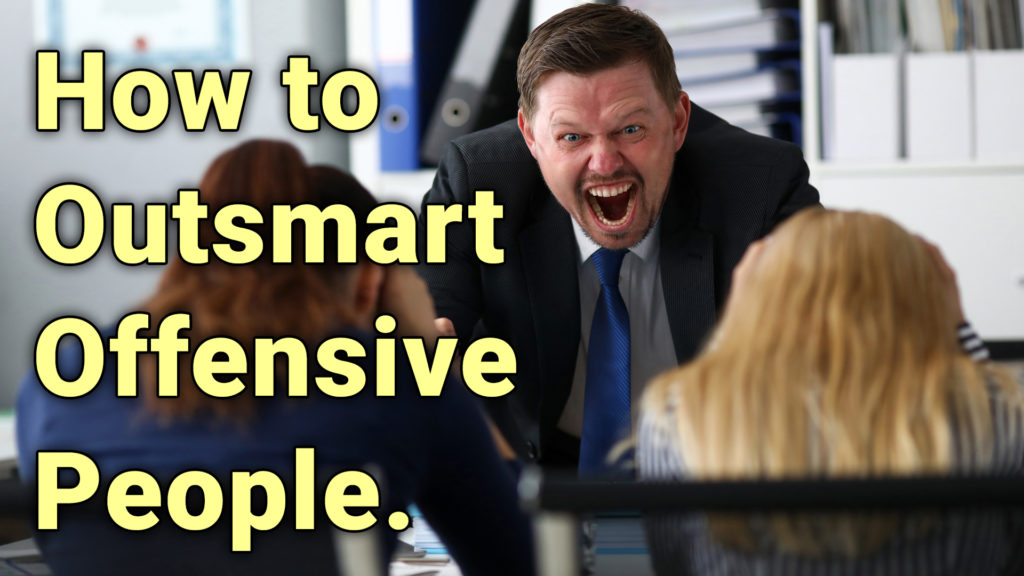 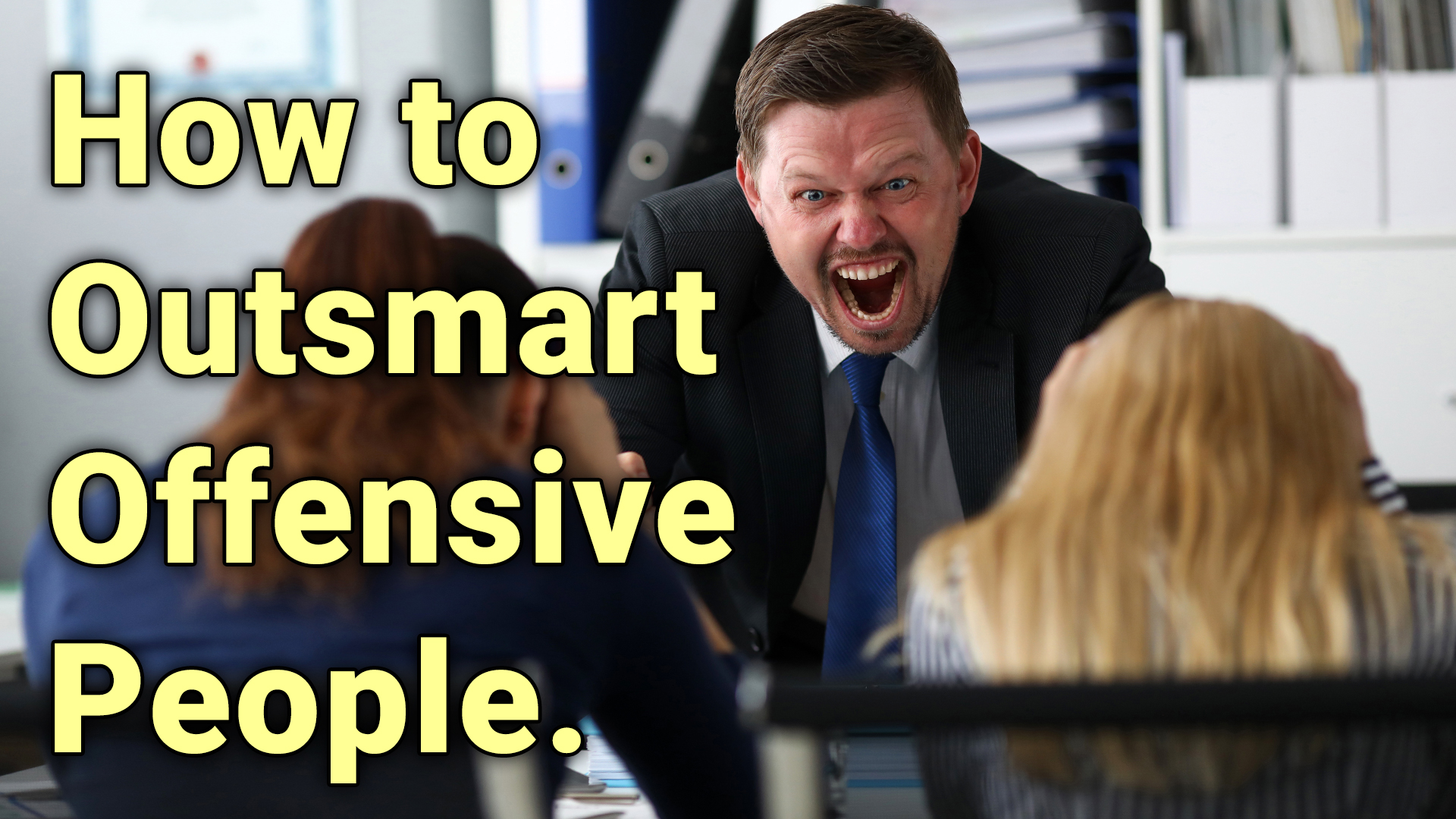 The 3 Steps to Outsmart Rude and Offensive People.

Let’s say you invite a bunch of people to a party. At your party, someone comes up to you and says, “I didn’t want to be at this stupid party. You made me come!”

What would you say? Probably something like, “Hey, I just sent you an invitation. Showing up here was your choice.”

That’s exactly what is happening when YOU feel offended by someone. They didn’t actually offend you. They’re only INVITED you to feel offended. You’re the one who chose to accept the invasion and show up at their party.

Now, I know what you’re thinking and no, I’m not saying it’s YOUR fault when someone offends you. But, you still have to remember, any time you feel hurt, you do play a part in accepting their invitation.

So what’s the solution?

Easy! Whenever you feel offended by someone the first thing you need to do is get away from them as soon as you can. Let your feelings cool down and get back into your rational mind.

Now, you’re ready to use my Three Steps to Outsmart Rude and Offensive People.

Step One. Ask yourself, “When did things go downhill?”

Pinpoint when they started being a jerk. Did they have a big reaction to something small? Was it totally out of the blue?

If so, it probably had nothing to do with you. You just triggered something from their past that caused their over-the-top reaction.

The invitation wasn’t really for you.

Step Two. Ask yourself, “Did I help create this problem?”

Maybe not consciously. But maybe you said some things you kinda knew might get under their skin. Sometimes we pick a fight without realizing it just because we’re feeling frustrated.

In that case, it was you who crashed their party. Your best bet is to repair the relationship by owning your part and apologizing.

Step Three: Ask yourself, “Did I challenge their thinking?”

All the greats of the world. Dr. King, Gandhi, Mother Teresa, and many others had a LOT of haters. But it was only because they challenged people’s thinking. Most people do NOT like that.

As a bold entrepreneur, you’re likely to challenge people’s thinking whether you intend to or not. And when you do, they’ll come at you with everything they’ve got.

They’ll send you invitations to angry parties, which you definitely want to avoid.

If you truly want to outsmart rude and offensive people then you must remember, their words are only invitations. Figure out what’s behind those invitations and then you’ll know if that’s a party you want to attend.

Taking The Next Step

Understanding why people are rude and offensive is the best strategy for outsmarting them. The next step is to take action!

Also see: How to Beat Slimy Salespeople at Their Own Game: 3 Simple Tactics

PrevPrevious PostHow to Beat Slimy Salespeople at Their Own Game: 3 Simple Tactics
Next PostWhy Successful People DON’T Believe Anything They BelieveNext