Shock to the System is a podcast created by Coach Dan Gordon to inspire his audience to take on new challenges, step into their fears, and achieve the highest levels of personal greatness!

Coach Dan uncovers the mindsets of America’s highest achievers, revealing their secrets to provide listeners with a blueprint for living a life of unparalleled success.

Dan is relentless in seeking out the greatest entrepreneurs of our time, offering them a forum for sharing the knowledge of all they learned on their harrowing journey to the top of their careers. 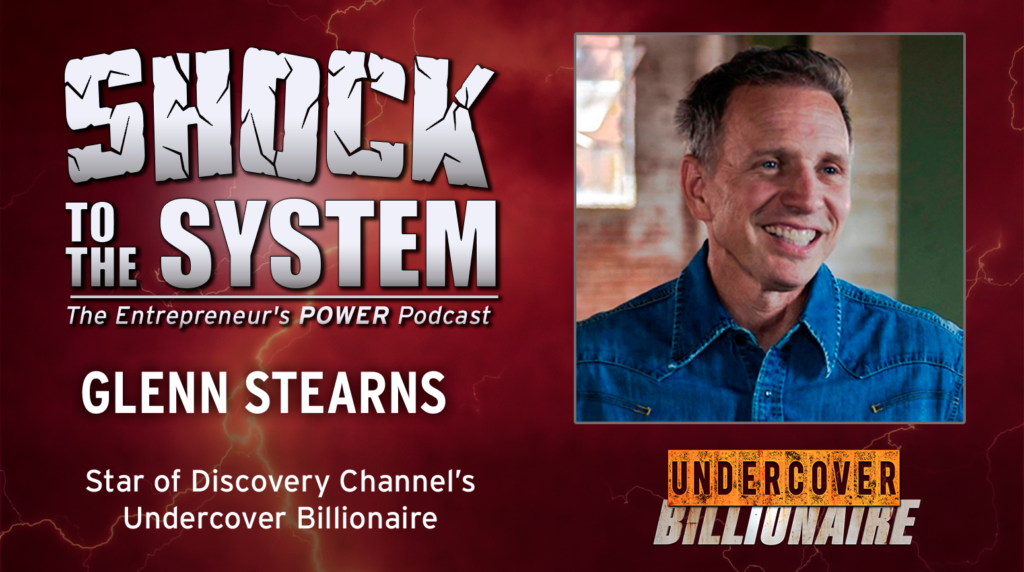 Where would you start if you had just 90 days to build a million-dollar million business?
Glenn Sterns shares his rags-to-riches success secrets that put him at the top of the highly competitive mortgage industry and discusses “Undercover Billionaire,” where he was tasked with building a million-dollar business in just 90 days. < READ MORE >
SUBSCRIBE
WATCH NOW

In his early twenties, Glenn found himself sitting on a bench in Los Angeles wondering what to do with his life. Spying a beautiful mansion, he boldly approached the man in the front yard and asked him how he made his millions.

“Señor,” the man said, “I’m just the gardener but I think the owner is in real estate.”

Inspired by this one encounter, Glenn went on to create one of the most successful mortgage companies in America, Stearns Lending. In his most recent adventure, Glenn was the star of the Discovery Channel’s reality show, “Undercover Billionaire.” Here, he was dropped into a small town under an assumed identity and tasked with building a million-dollar business from scratch in just 90 days, starting with nothing but a hundred dollars and a beat-up truck. Glenn discusses the entire experience, his struggles, triumphs and secret stories that never made it on the show. Glenn also discussed his latest venture, Kind Lending, a new identity in the wholesale lending and mortgage business. 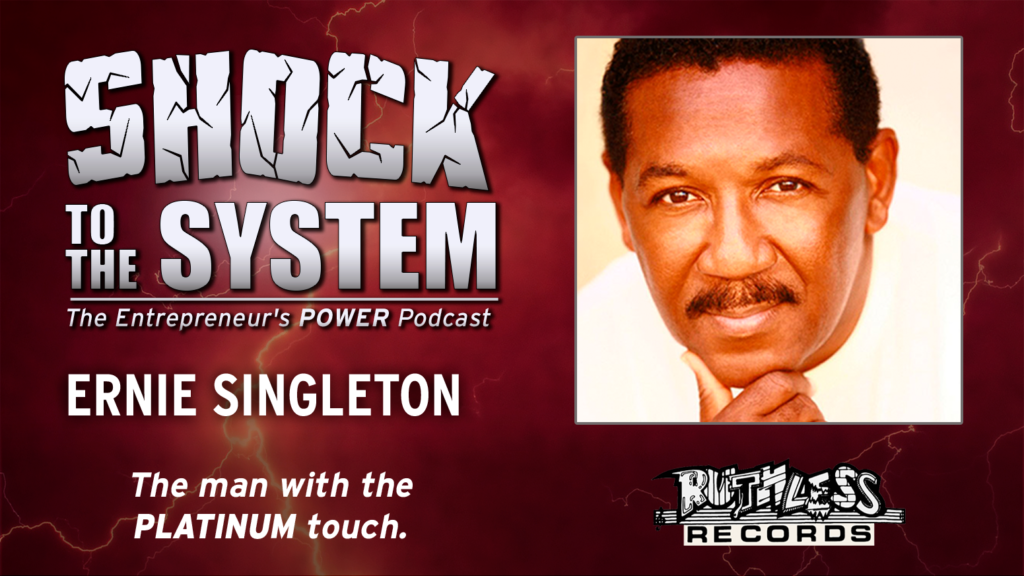 He quit his accounting job to revolutionize Motown and put Hip Hop on the map!

Ernie went from the word of accounting to promoting Motown greats like Patti LaBelle and Mary J. Blige, eventually rising to the CEO of Ruthless Records. Ernie also shares how he persuaded MTV to feature a hip-hop artist on their awards show for the first time. < READ MORE >

WBOK. Upon graduating he couldn’t get a job in accounting & decided to return to his first love of music.

Ernie then moved from being a DJ to a record promoter for Fantasy Records where he had record-breaking success in promoting their artists. Mercury Records got wind of Ernie, hired him on the spot, and gave him an extensive roster of Gold and Platinum R&B artists to promote.

His reputation for success then landed him a job with Casablanca Records in 1977 at the height of the disco era, representing artists like Donna Summer, Cher, and the Village People.

1984, he was hired at MCA/Universal where Ernie helped artists such as Patti LaBelle, Gladys Knight, and Mary J. Blige gain their foothold in fame. He also helped a young intern named Shawn Combs evolve into Puff Daddy and guided his career to become CEO of Bad Boy Records.

Ernie was then lured away to Warner Brothers Records in 1987 where he worked with artists such as Prince and Madonna. There he single-handedly reactivated their Reprise Records label and made it so successful Warner went from number seven in the industry to number one.

In 1990 MCA/Universal offered Ernie the coveted position of Head of their Urban Music Division. There he helped bring Hip-Hop to a mainstream consumer audience.
Over the course of his career, Ernie Singleton helped cultivate heavy-hitting acts such as Patti LaBelle, Prince, Gladys Knight, Quincy Jones, and many, MANY others. Ernie also persuaded MTV to feature a hip-hop artist on their awards show for the first time. With over 150 Gold and Platinum records to his credit, it is no surprise that he widely referred to as “The man with the platinum touch!”

Today he is the president and CEO of Singleton Entertainment, an entertainment consulting company, and has launched a podcast called “My Business Is Pleasure”